Siouxsie and the Banshees Voices on the Air Covers 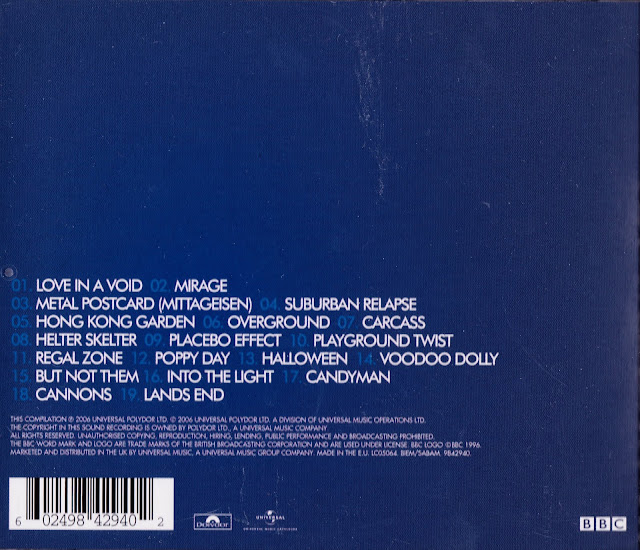 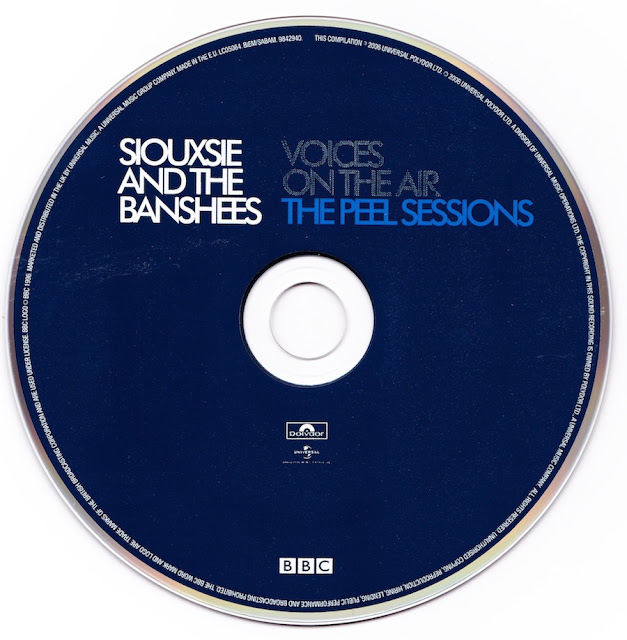 There are a lot of things that I like about the design and concept of this album. I'll get the bad stuff out of the way first--white text on a blue background? I don't like it. The cover could have been a little more dramatic. The use of white squiggly lines is fairly bland.

The concept and the execution is well done, however. Setting aside what I don't like, this is an effective way to present the artist and the music. The BBC has to slap their name on it--fine and dandy. The consumers of this music know they're going to get tracks recorded over a lengthy period in three and four song sessions, and they know what's coming. This kind of a record sells itself to savvy buyers before it even comes out.

A Siouxsie and the Banshees fan is going to know--a-ha! Here they are, in session, and they're going to flip it over and see what's on this disc. That's why it is so important that the track listing on the back cover stands out. It has to be large and visible because the fans who are on the fence about buying this are going to scan for what they want (if, for example, they want older songs instead of newer ones) and this is why the execution works. The most important aspect of this package is the back cover, not the front. You can clearly see the tracks. That's what matters.

The rest is good enough for an album like this. No one expects much from these releases. Having it come out like this with extensive liner notes is good but that's really to be expected. Having an actual title is good as well. So many of these releases are "so and so live on the BBC." This one has a comprehensive title--Voices on the Air.

Anyway, it works. This is not a throwaway, although it could have been. Instead, it's a careful attempt to appeal to fans of the band and give them what they are looking for. That's what matters. It works.
- September 14, 2011