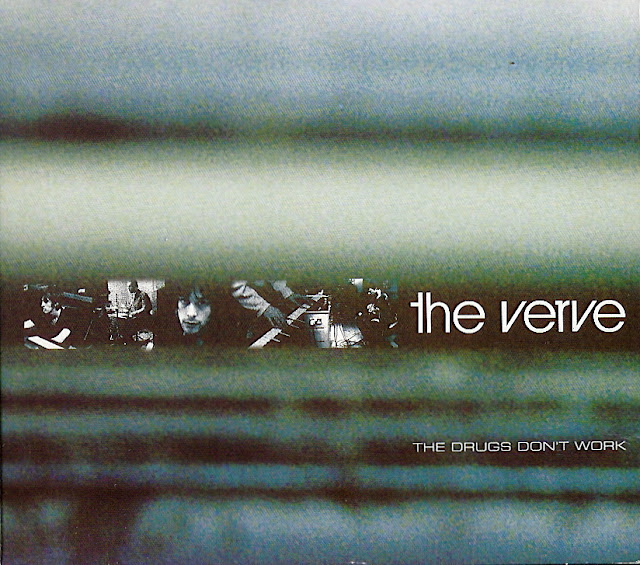 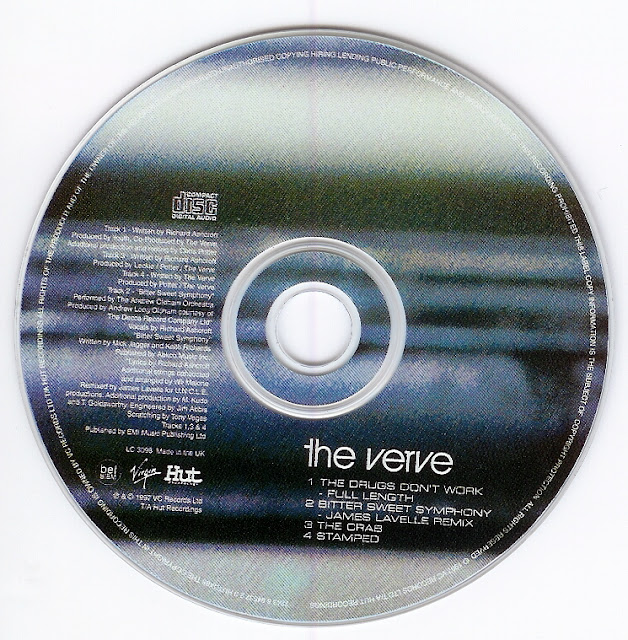 This is a package that I've never liked, visually, but I include it here because the effort is worth noting. The Verve released this as the follow-up single for Bitter Sweet Symphony, and it's a fantastic song, don't get me wrong. I like everything about this except for the layering on the cover and the way everything seems to disappear. The text is far too small, and when you use white text on a lightened background, it always seems to be difficult to read on purpose.

Do you know what would have made this better? For it to have been released as a 12" single. I think I would have liked the artwork a whole lot more if it had been released in a larger format. My version of this is a cardboard digipack which would be the U.S. version. I don't know if the British versions were digipacks.
- August 08, 2011