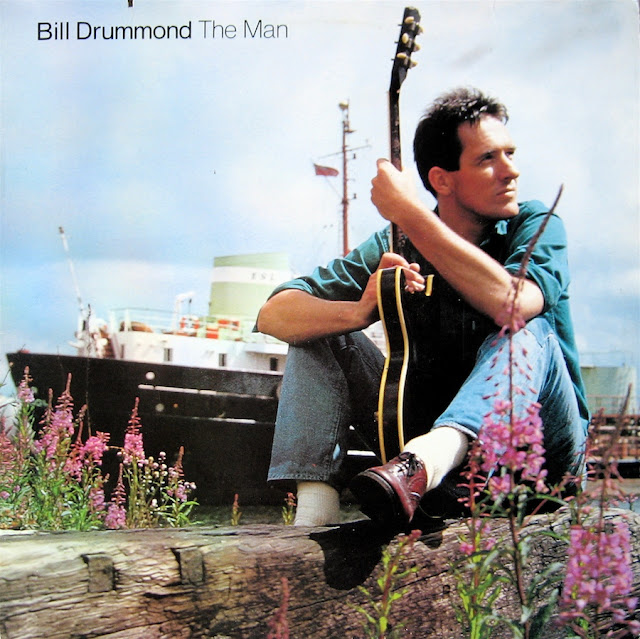 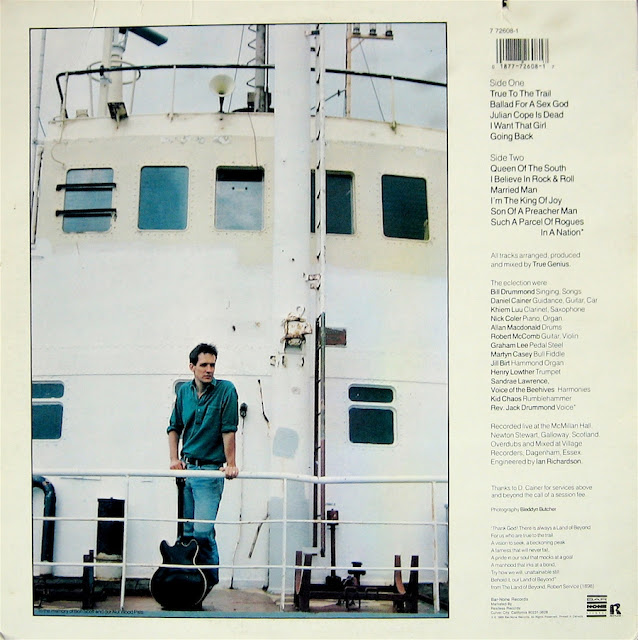 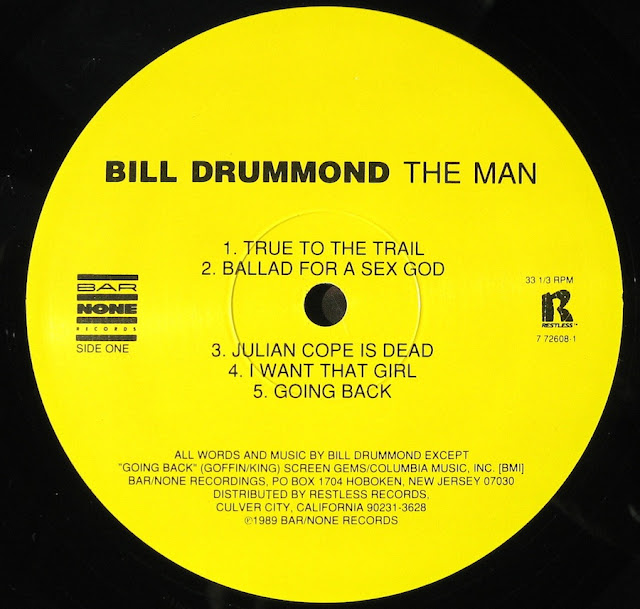 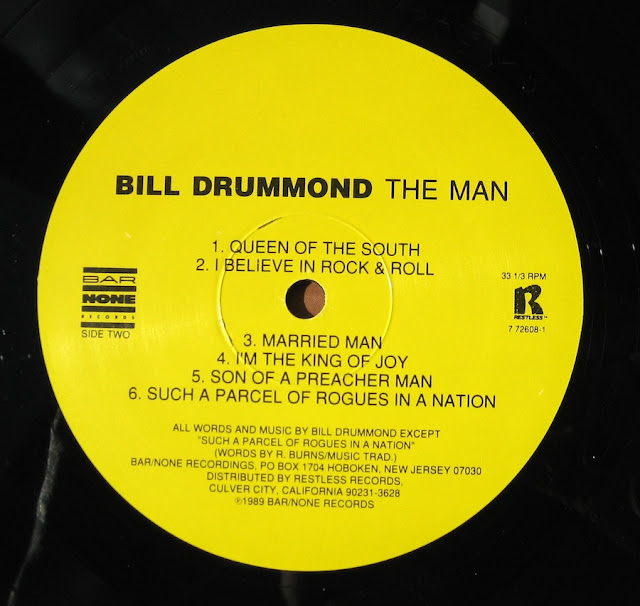 While it would be tempting to call this weird, it's very much of its time.

Bill Drummond's The Man album dropped into a world that just wasn't ready for Scottish honesty and integrity. He would go on to great fame and fortune with the KLF.

What I didn't know was that The Triffids backed him on much of the record, and their capable musicianship makes this a rare gem indeed. This is a fusion of country and freakout, and it is brilliantly conceived and executed.

You can't quibble about the cover. What are you going to put on the cover of a solo artist's album when he calls his record The Man? You're going to put him on the cover clutching a hollow-body electric guitar. It's almost a given.
- August 14, 2011