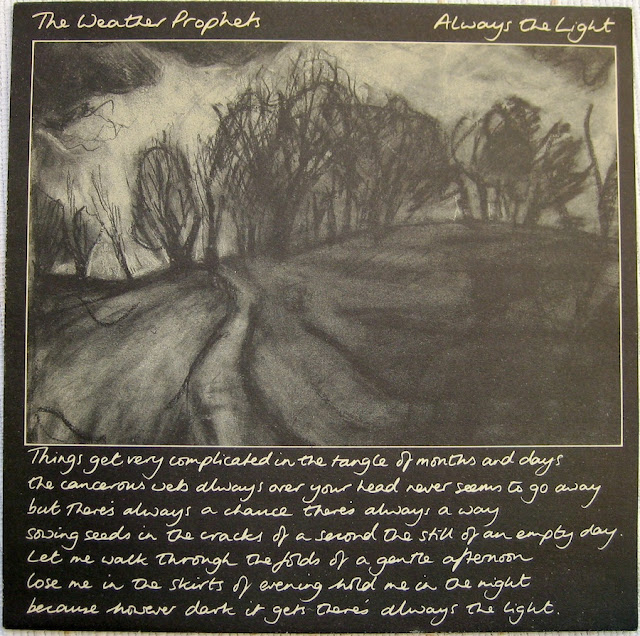 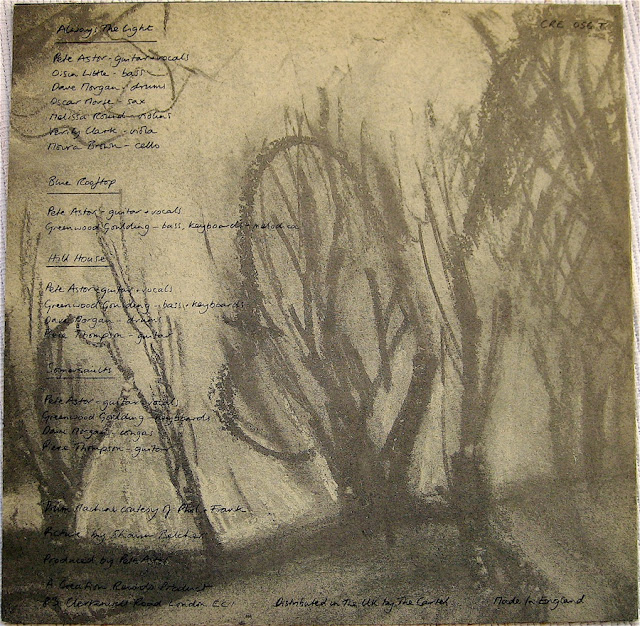 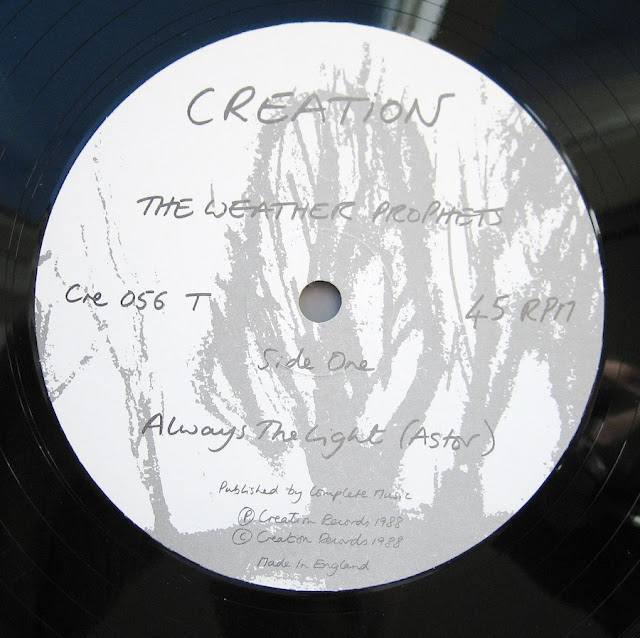 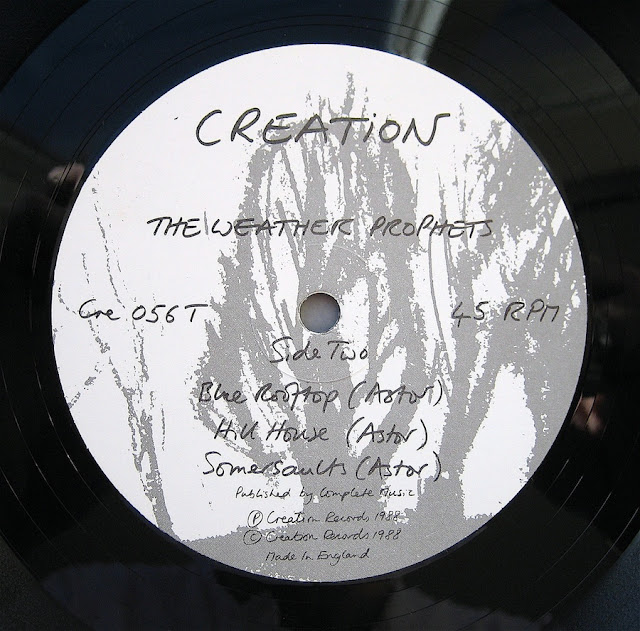 The Weather Prophets were one of the major acts signed to the Creation Records independent label in the mid to late 1980s. The band did not enjoy tremendous commercial success but reached an audience that does remember them fondly. Centered around Pete Astor and crafting some amazing songs (their "best of" is where it all comes together, but their various albums and singles are all worthy of owning), the Weather Prophets had a brief career and called it a day. Astor has had a long solo career (his own output has been much larger than that of his previous bands TWP and The Loft, combined) that is also equally worthy of exploring.

This single, which I believe is the 12" version, features the sort of smudged pencil drawings that an obsessive art student might down in the bleakness of winter, and suggests darkness as a contrast to the song itself. Always the Light is a brilliant track which kicks off with a killer synth riff. I've always liked it, and I covet this stuff. I absolutely covet it.
- July 15, 2011