The High Box Set Go CD Singles One and Two 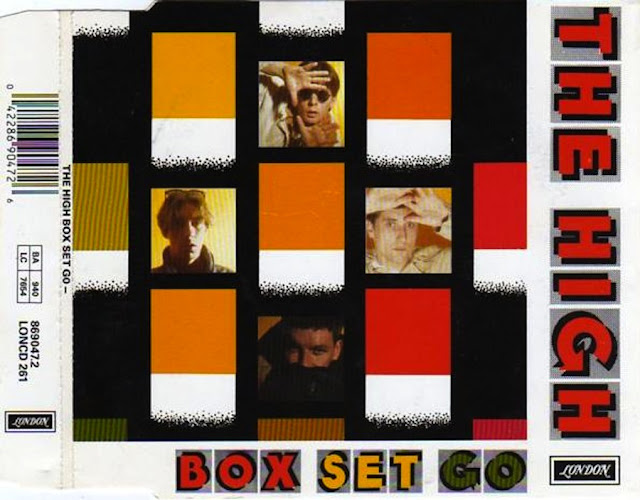 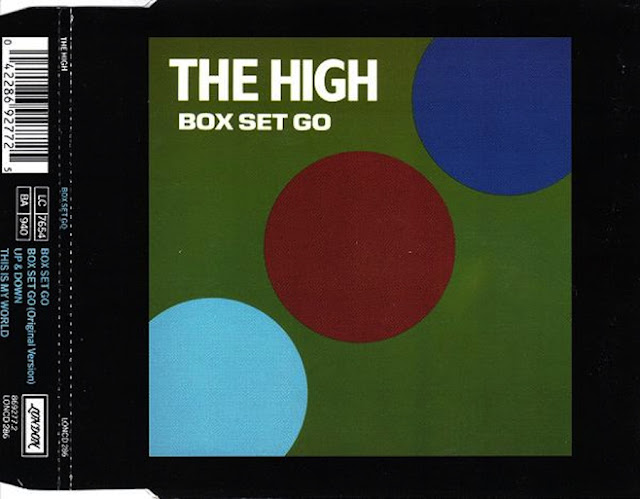 If you want to get the kids (and let's dispense with the idea that old farts like me are anything but kids when it comes to music) to buy your singles, put out two cool versions and then pray for a hit.

The High released their classic single Box Set Go on two different single formats on London Records. These two versions feature some slightly different tracks and thus make it almost imperative that you would have to buy them both in order to get your hands on the B-sides. Given that the single itself was so damned good, this could be accomplished with almost no fuss. And, voila! A band that needed a hit single would put one out and get some double sales.

I like the artwork on the first version (top) a little better. Band photos that show the band actually engaged in what they're doing always help. No one has their foot up on anything, so that's a major plus. The top one has a more cinematic look, but someone forgot to make the strips look like film (or, maybe they were going for something else). The second one is alright. Round colored balls going that way, okay, fine.