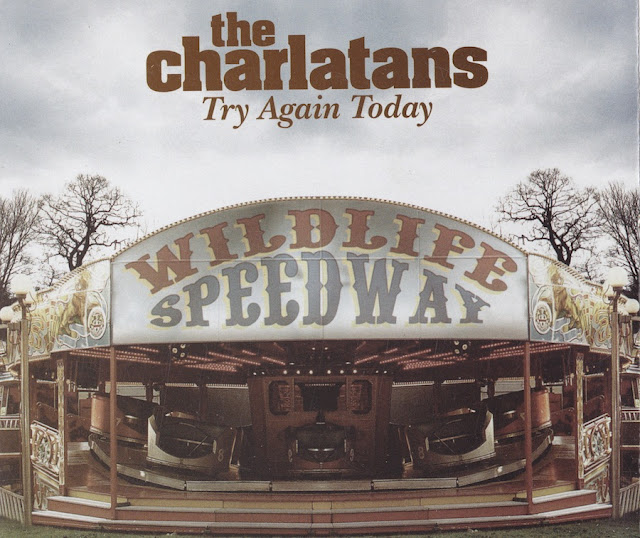 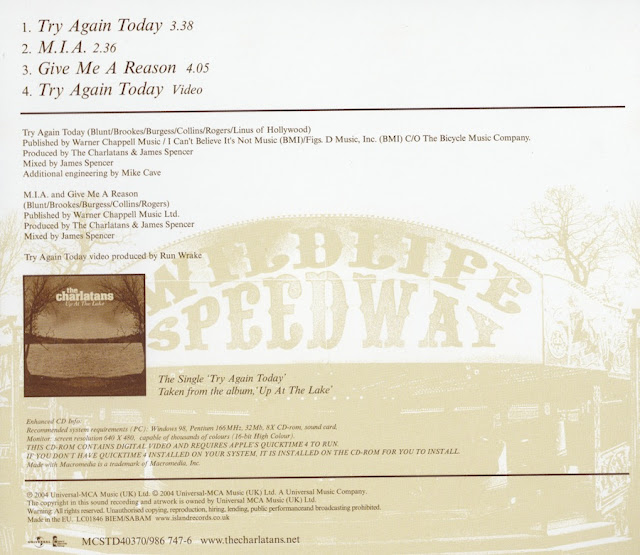 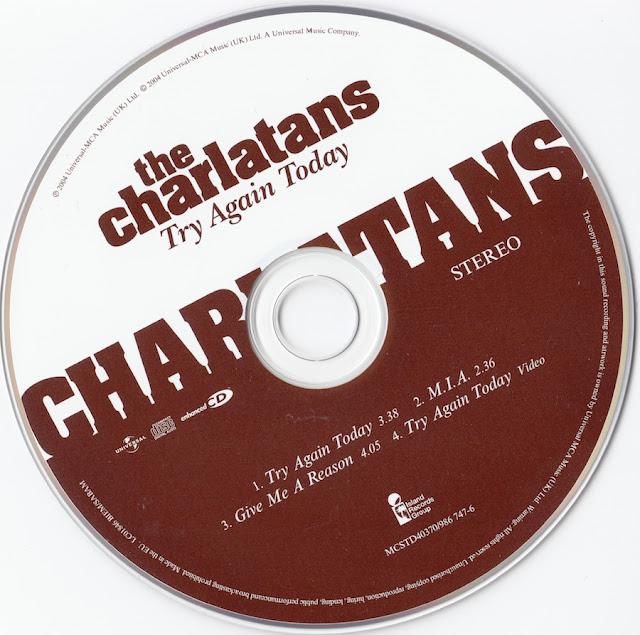 I've always hated the fact that The Charlatans were forced to append their name with the "UK" appellation back in the early 1990s when they started to sell records in America. They have gone so much farther and further than the original "Charlatans" of the 1960s that it isn't funny.

Their catalog is legendary and their survival in a changing music industry is as well. This is a band that has gone through every crisis and survived intact, playing some of the best music to come out of Britain since the invention of the electric guitar. Hard to believe that they were once dismissed as a Madchester throwaway. In fact, their steadfast determination to play well and to play to everyone they can reminds me of Rush, which has always been overlooked and ignored by critics. The Charlatans are bigger than their critics and continue to put out music that is immediate and relevant.

Try Again Today is a tremendous single, and I love the artwork here. For a brief period, it was chic to put a video file on these releases, one that played on computers but only with a little coaxing and configuring. I think there are a handful of other singles by the Charlatans, beginning in 2000 or so, that have a video file on them. This was a very interesting marketing decision, since the inclusion of the video on the CD single all but ensured that it would get watched at least once but probably not more than that since singles are listened to on CD players and not so much on computers (and then, of course, on MP3 players, which couldn't play video files until people figured out that that's what they needed to do as well).