Johnny Marr and the Healers Bangin' On 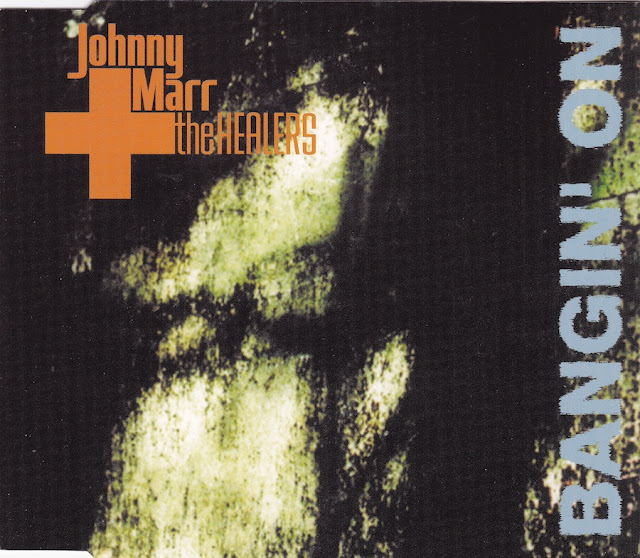 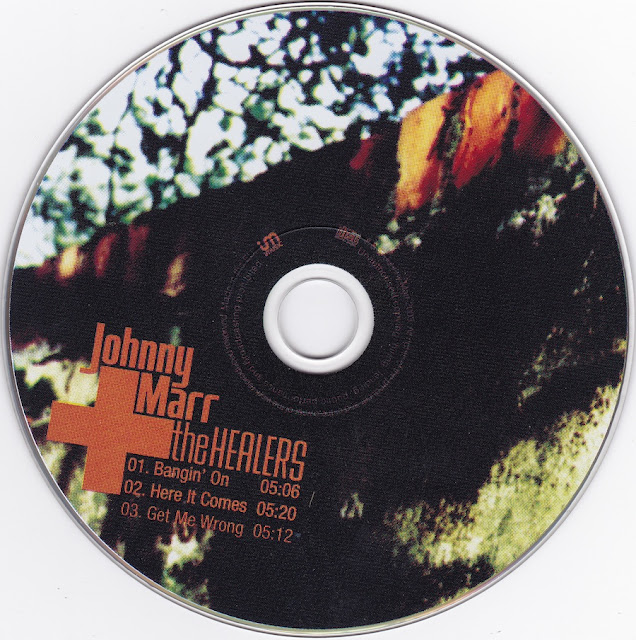 This is a great way to package a single and promote something and give fans a pretty good value. The idea of the CD single often ends up going south for a lot of bands. But Johnny Marr and the Healers have a great thing going with this, the Bangin' On single.

The elements are very simple. Three songs are fine (I consider anything with four songs an EP, or extended play single, but that's not a hard and fast rule--that's just my rule), and there's over fifteen minutes of music here. The cover is artsy, and gets a little busy, but when tied into the artwork for the back (and the band photo) as well as the CD labeling itself, well, we're talking a home run here.

So many singles fail to find these simple elements and make them work. They either get the cover and design wrong (a tendency to go cute or gross or shocking comes to mind) or they fail to offer anything worth buying. I tend to prefer this kind of single--anything with B-sides is perfect. Occasionally, someone will stick three live tracks on a single--I like that, too. I'm not too keen on remixes, never have been. A single with seven remixes is not as interesting to me as something with B-sides or live tracks, but, again--that's just me being weird.
- July 31, 2011