A Girl and a Fender Bass 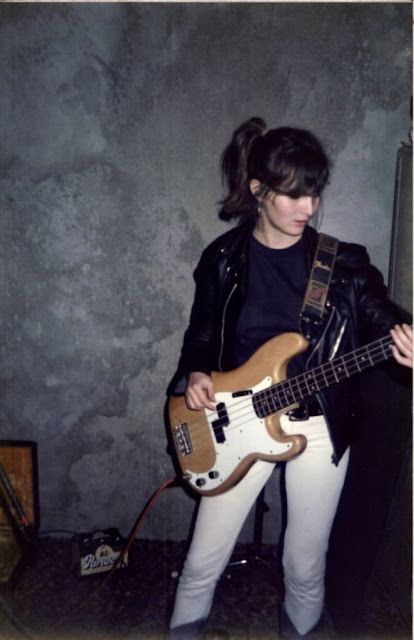 This is one of the most interesting photos I have seen in a great long while. I found it on internet k-hole, and it's one of those classic early 1990s (I'm guessing) photos that really intrigues me.

If I had to pick a word that fits, I would say, "musician." It doesn't matter if she can actually play. She's playing the Fender Bass and she's trying to become a working musician. I can honestly say that I just love music, and I don't care who plays it. I don't care what she looks like--she looks like she gives a shit about what she's doing. She's not a poseur. She has a look that goes with her instrument and it's natural on her.

I don't know who she is (it would be great to get a name and face and find out if she had a career of some kind, modest or otherwise) but she cares about what she's doing. She looks like she plays the kind of music that I would have listened to back in the early 1990s and that's the stuff I listen to today.

This is as good of a reason as any to do a blog about music that doesn't give away someone's music for free. There's more going on in this photo than my lame essay can capture. This is just a brief stop on the way to where I wanted to take this blog, and thanks for sticking with me.