Voice of the Beehive Sex and Misery US and UK Covers 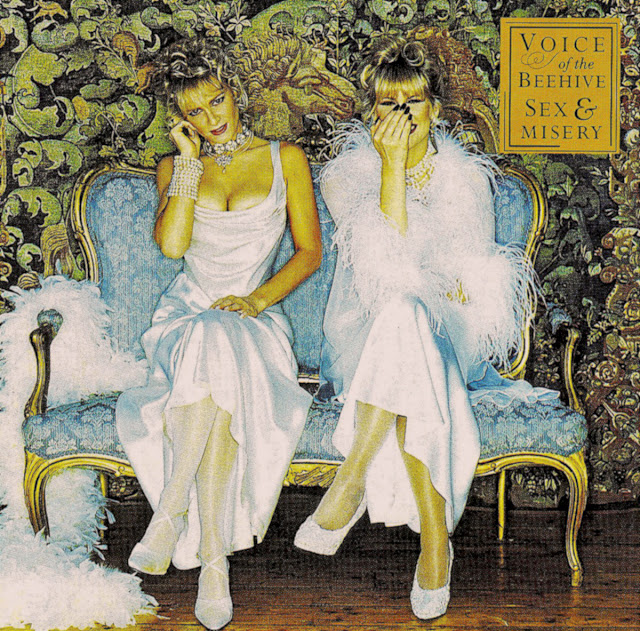 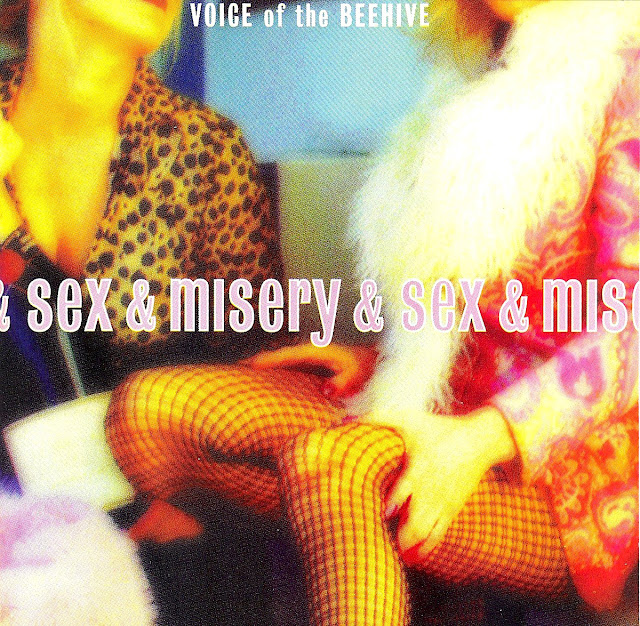 Voice of the Beehive were a band formed by two sisters in the mid-1980s. They were active for about two years before exhausting themselves, according to their own bio.

The top version is the cover of their Sex and Misery album, and this version appeared in the United Kingdom. The bottom version was directed at the US market.

Why two covers? Why such drastically different versions? No idea. The top version is more charming and more inviting. It seems to capture an awkward moment and, while it is no doubt designed to help "sell" an album that has Sex in the title, it's not as exploitative as it could have been. Capturing one of the ladies in the act of busting out laughing keeps it interesting. The bottom version is more anonymous, more suggestive, eliminating what I think is the best feature of the band, and that is their personality.
- May 11, 2011