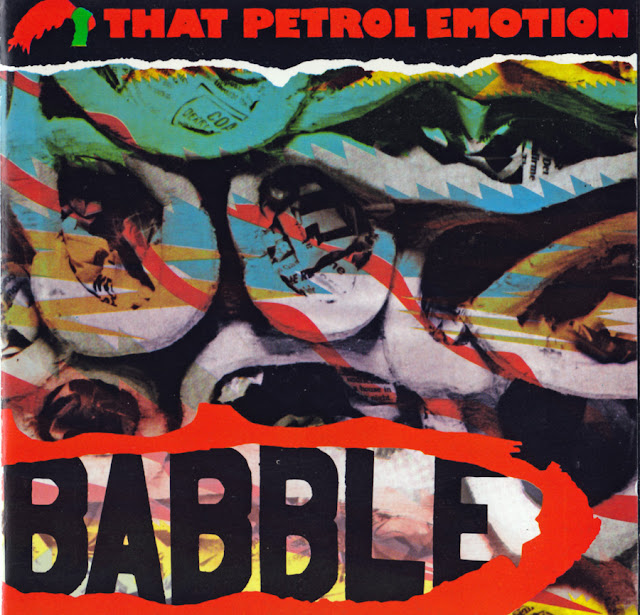 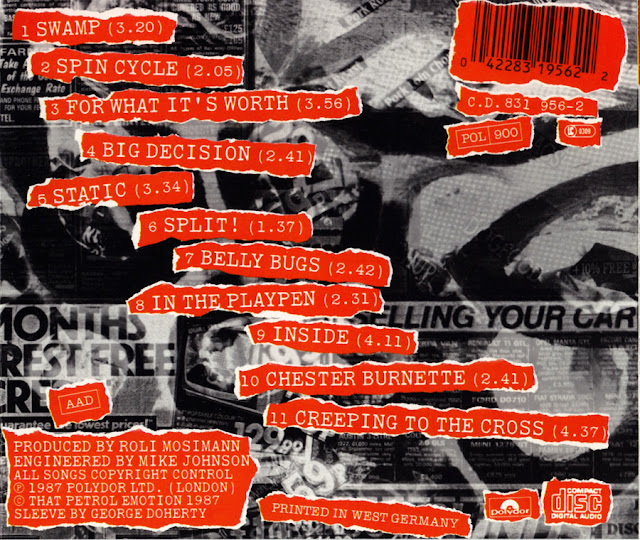 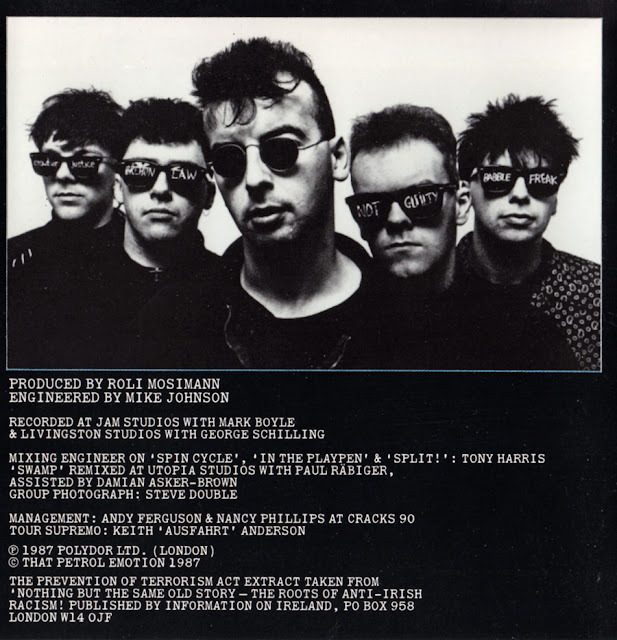 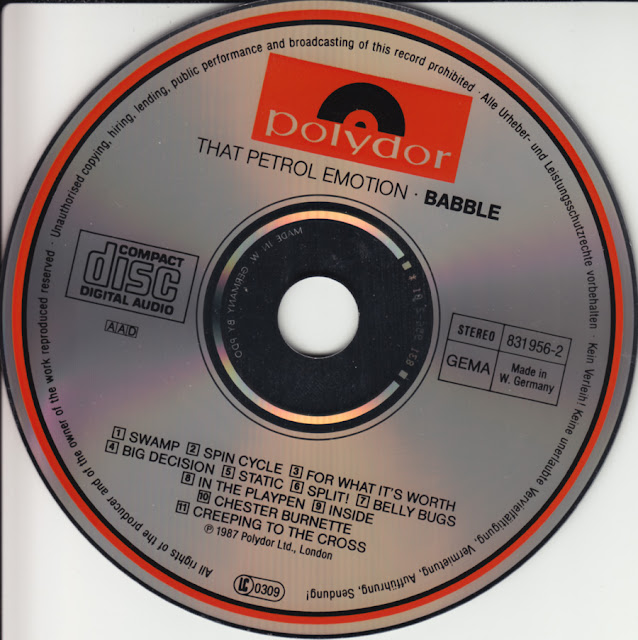 Babble by Northern Ireland's That Petrol Emotion was a well-reviewed indie release in 1987 and I picked up the vinyl record of this in the Twin Cities area. Having read about it, I had to have it and I was not disappointed. Remember when reading about bands was in vogue? Now you have to hit their Facebook page (MySpace is still around?)

My copy was much-treasured and I am glad that I hung on to it, a relic of those bygone days of consuming albums based on finding out about them through the press. I believe it's kicking around somewhere, but the scans you see here are from an older-issue compact disc edition that doesn't have any bonus tracks. This album helped push me further and further away from the mainstream and towards artists that made music that was important. And it was every bit as important that the band turned to dance music and whatever else. Importance in music is not wrapped up in preaching and politics. Dancing your ass off to a great song is a political statement in any language.

The standout track that you can here on this album is Big Decision, which is an infectious take on emigration--not the sort of subject for pop music but every bit the sort of thing that That Petrol Emotion were dealing with during their "political" period. The band eventually left politics behind and ran into commercial indifference by the early 1990s, which is sad because their work was always at the forefront of the indie scene, quality-wise.

The cover has always baffled me--firehose wrapped in circles around trash? Whatever it is, I have never been able to figure it out.

Here's what I have figured out--That Petrol Emotion are cultivating new songs and getting ready for a big return. In the last few years, they have torn up the stages wherever they have played.