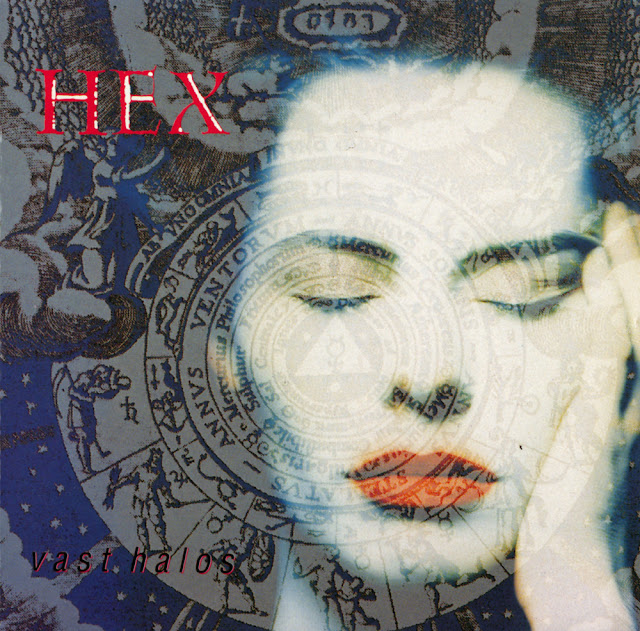 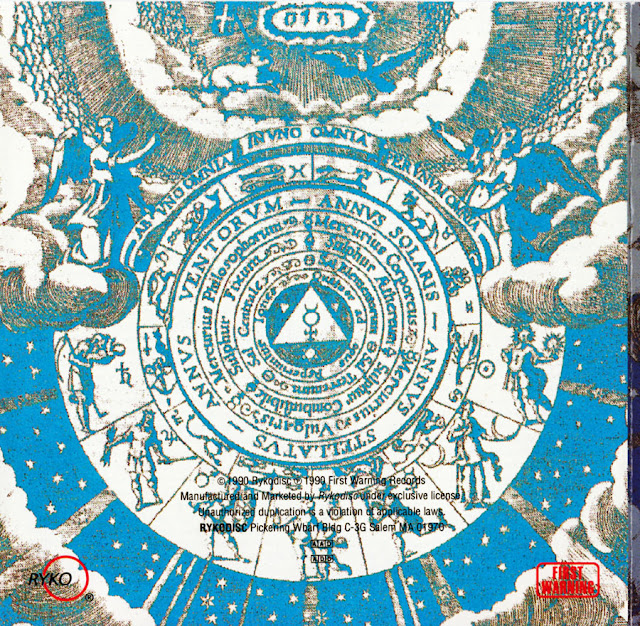 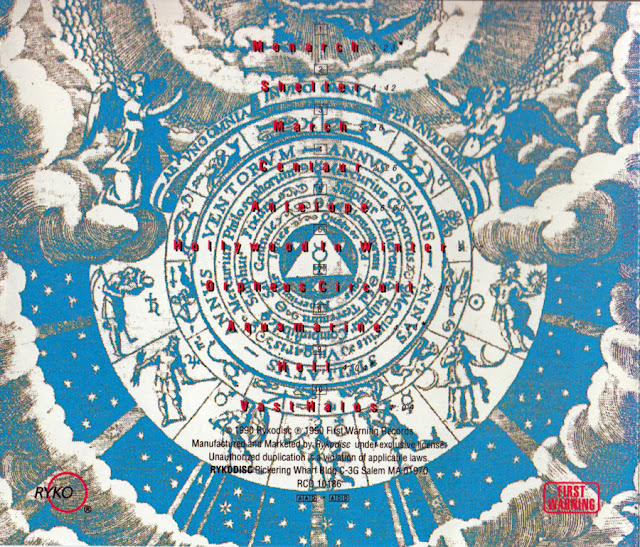 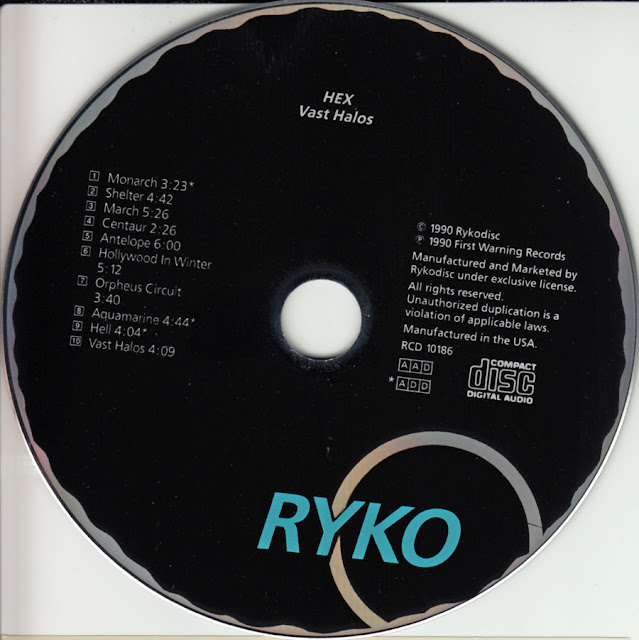 By 1990, Steve Kilbey of The Church had produced the brilliant Starfish and delivered the disappointing follow-up, Gold Afternoon Fix. While certainly a commercial disappointment (and not a musical disappointment in any sense of the word), he was on a roll, prolifically releasing music with The Church, under his own name, with whoever else, and alongside Donnette Thayer of Game Theory as Hex. The first Hex album came out barely a year before this release, the second and final coda of Hex, Vast Halos.

So, roughly between 1987 and 1991, Steve Kilbey recorded and released more music than the Beatles did, ever, and all of it means ten times more to me than anything the Beatles ever did, and Vast Halos is one of those shining gems in the mix of all that he produced in that whirlwind period.

This Rykodisc package is very typical of the time period. The art is stellar, the interior card is very basic, and the disc itself is a minimalistic black thing with that familiar Rykodisc label.
- May 02, 2011