The Church Under the Milky Way Single 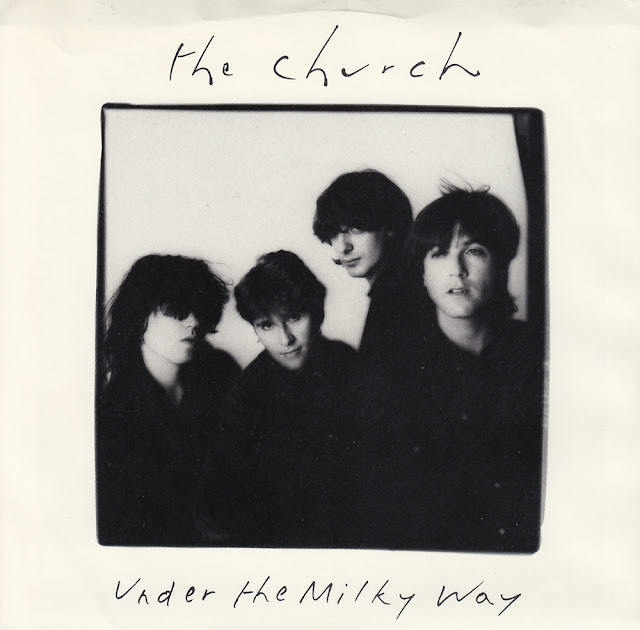 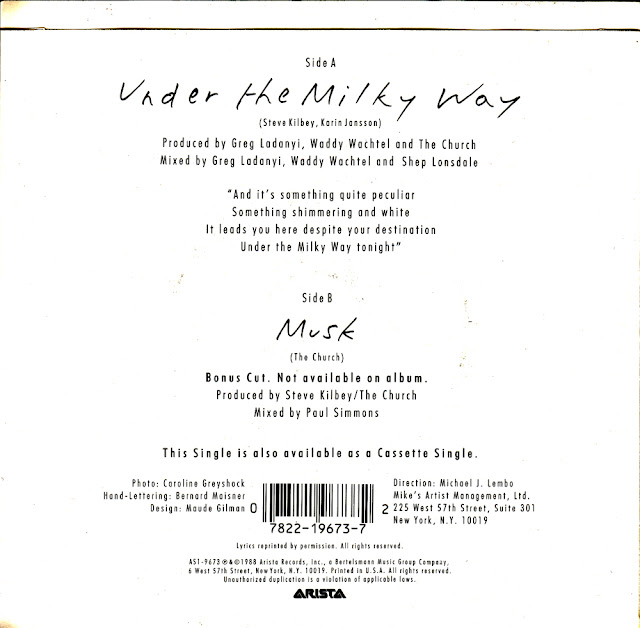 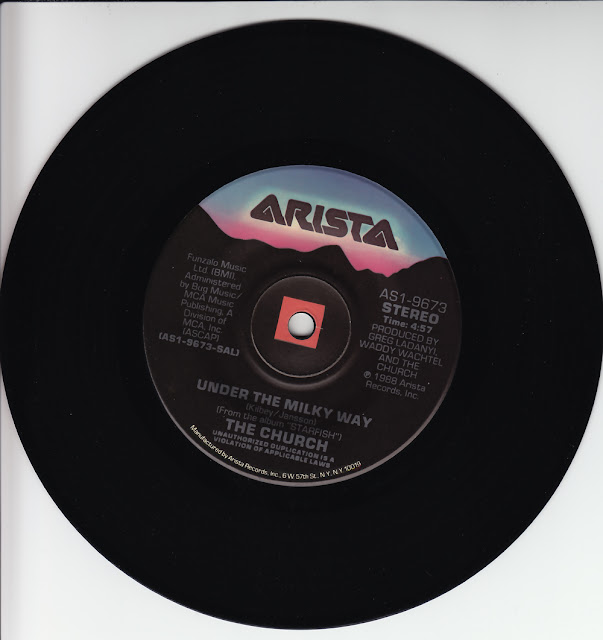 In the spring of 1988, I fell absolutely in love with The Church. The album Starfish sounded like ice set to music. It was shimmering and white, and, as the song goes on to say, it leaves you here, despite your destination.
Under the Milky Way is a classic beyond any mortal reproach. Issued as a single, it has transcended the vinyl format, the single format, the compact disc format, and will enter a digital age yet to come as a treasure of vast importance.
Volumes should be written about how important The Church have been to recorded music without ruffling the feathers of critics or music business honchos. A core fan base have never abandoned them, even when the times, the formats, the eras, the genres and the fickle nature of recorded music have shifted and changed like a chameleon made out of glass being melted under the stars. Whoa, that was overboard. Well, you can't use too many superlatives when writing about any song ever recorded by The Church.
The typography and design of the album and the singles and the promotional materials that followed has always struck me as a brilliant moment before the demise of album art in the late 1980s. This was right up to that magical line, circa 1987-89, where album art gave way to Compact Disc booklets of diminished size.
I'll dig out my CD3 single of Destination, another incredible piece of musical history. If you thought the 45RPM record was special, then what of that now-forgotten gem called the CD3? If you use a mini-DVD player, then you know the size of the disc that I speak of. The mini-DVD is the modern version of the CD3.
- March 19, 2011