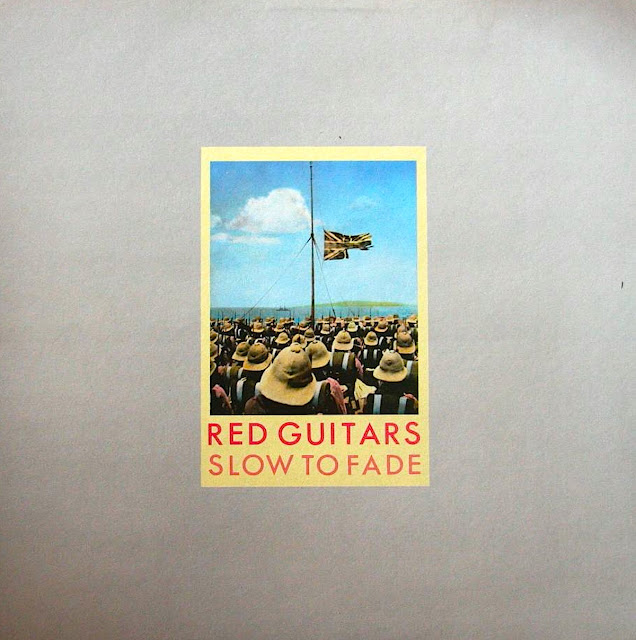 This is one of my all-time favorite album covers (yes, it would have been much better if the image were larger, but I get that it's still very well done with the wide borders). There are no faces, just anonymous helmets worn by the soldiers of the colonial era, and you see the ship on the horizon, just perfectly to the left of the flagpole. It's a marvelous shot. I believe the original was black and white, and this may have been colorized.

Using an old photograph of British troops watching the Union Jack being lowered on Crete (I think that's right), the title of the album really comes to life. I love the story that it suggests--the slow fade of empire, of greatness, of everything these soldiers have fought for, and then the image of an England in decline really comes into play. If you were an English band, circa 1984, you could say that about the Thatcher era, and about British music in general.
- March 09, 2011